WinSCP is a popular file transfer client for Windows. It was originally developed by Martin Prikryl. It also provides limited remote command execution and scripting capabilities. There is no support for terminal emulation, but it can be used together with PuTTY. 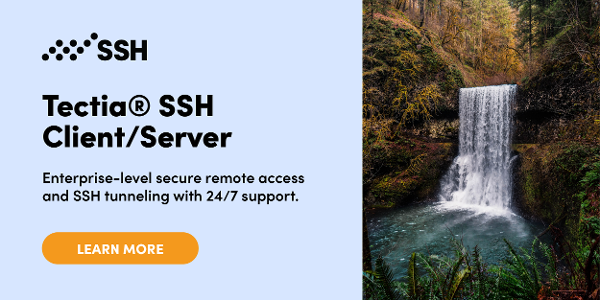 The installation package and source code can be downloaded from winscp.net.

Other SSH clients can be found here.

WinSCP is not available for Mac OS. However, other free alternatives are available. For example, Cyberduck and FileZilla are fairly popular alternatives.

The main features of WinSCP include:

Usually, the software is installed from an installation package like any other software packages. This is how most people use it.

Upgrading can be done by installing the new version. Upgrading preserves configuration files.

The software can also be run directly from an executable file without installing it. This is called portable mode. It allows running the software from USB sticks, which can provide some extra security when using public computers. However, malware running on the computer could easily corrupt the software on the USB stick or steal encryption keys from the application's memory. Thus the extra security is largely illusory.

The portable executable can be upgraded by just replacing the executable with a newer one.

To remove the application, go to Control Panel > Programs > Uninstall a program. In Windows 10, go to Settings > System > Apps & features.

The scripting language implements the following commands. More detailed documentation can be found at https://winscp.net/eng/docs/scripting.

call - executes an arbitrary command on the server. Commands requiring input are not supported.

exit - closes all sessions and terminates the program

get - downloads one or more files from a remote directory

ln - creates a symbolic link on the remote host

mkdir - creates a new directory on the remote host

mv - renames or moves a file on the remote host

open - opens a new connection to a server. For the SFTP protocol, password may be hard-coded in the command or public key authentication may be used. For interactive sessions, the user may type the password.

option - sets script options, such as echoing, confirmations, reconnect time limit for broken sessions, and whether to fail if wildcard matches no files.

rmdir - removes a directory from the remote host

session - selects which session to use for the following commands

stat - gets attributes of a file from the remote host

synchronize - synchronizes a local directory with a remote directory, updating changed files in either direction

The software provides COM interfaces for any .NET programming language that supports COM. The interfaces are provided by the winscpnet.dll library. More complex automation can be implemented in any such language. PowerShell is one such language; C#, VB.NET, ASP.NET, Microsoft Azure Website, and SQL Server Integration Services (SSIS) are also supported.

It is possible to use the application in conjunction with PuTTY to have access to full terminal capability.

WinSCP is good for managing a small number of servers and for implementing small-scale file transfer automation.

WinSCP is open source and does not come with any support.

Many organizations have massive amounts of SSH keys that must be properly managed. If left unmanaged, they pose a major risk and compliance issue. See more

How to Get an SSH Server 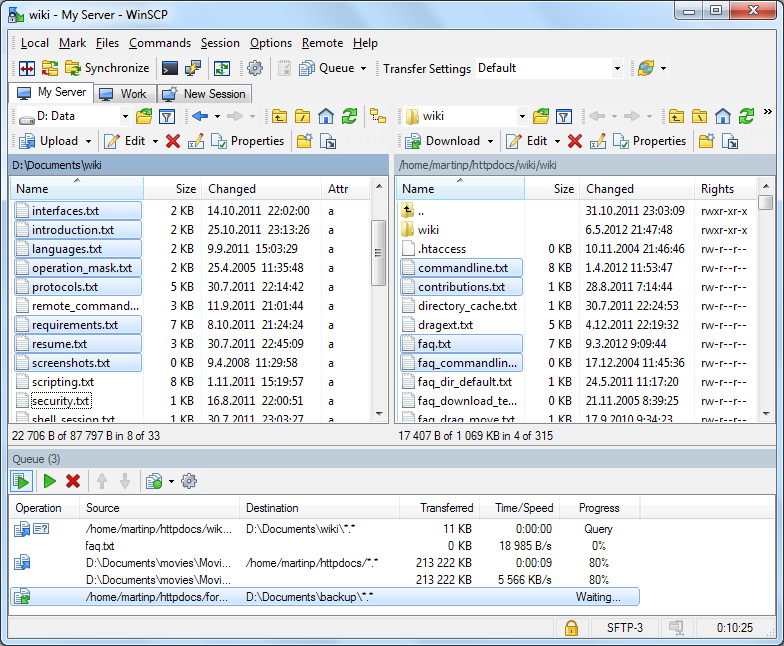 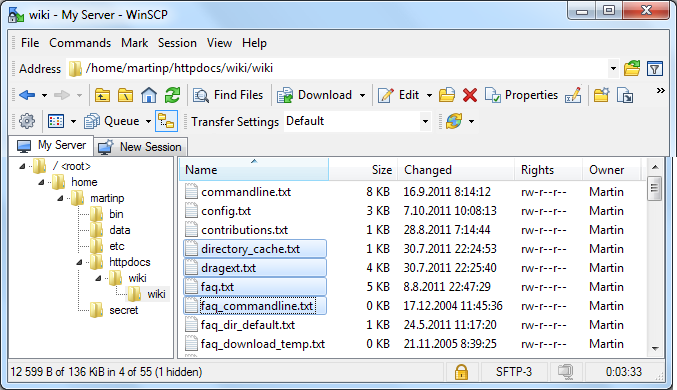 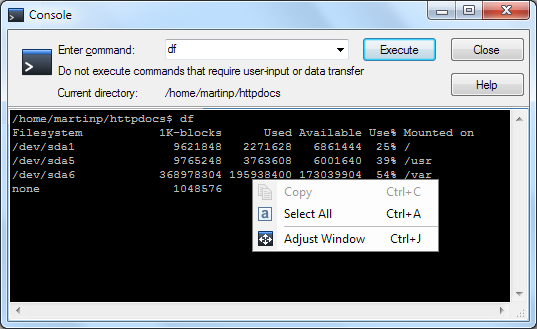