SFTP (SSH File Transfer Protocol) is a secure file transfer protocol. It runs over the SSH protocol. It supports the full security and authentication functionality of SSH.

SFTP has pretty much replaced legacy FTP as a file transfer protocol, and is quickly replacing FTP/S. It provides all the functionality offered by these protocols, but more securely and more reliably, with easier configuration. There is basically no reason to use the legacy protocols any more.

SFTP also protects against password sniffing and man-in-the-middle attacks. It protects the integrity of the data using encryption and cryptographic hash functions, and autenticates both the server and the user. 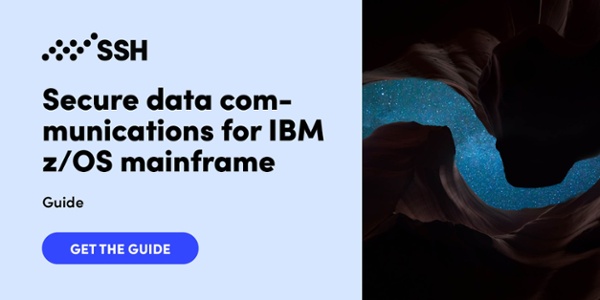 SFTP port number is the SSH port 22 (follow the link to see how it got that number). It is basically just an SSH server. Only once the user has logged in to the server using SSH can the SFTP protocol be initiated. There is no separate SFTP port exposed on servers. No need to configure another hole into firewalls.

SFTP Client for Windows and Mac

Its typical use is:

One can also copy in the reverse direction:

Commonly, the path would be ., i.e., the current directory.

SFTP can furthermore be used for file sharing, similar to Windows file sharing and Linux NFS. The main difference is that SFTP is secure, and can be used reliably over Network Address Translation (NAT) and the public Internet.

Sshfs is a network file system for Linux that runs over the SFTP protocol. It can use any SSH server as a server, and use remote files over the network as if they were local files. The remote file system can be mounted and unmounted as desired. It is the most convenient way to mount remote files ad hoc, without the need for any configuration by the server administrator. SSH keys can even fully automate establishing the connection to the server. Basically, anyone who is able to log into the server can mount its file system, with access to those files the user has access to.

Some commercial file transfer products supporting SFTP include the following. Nothing on this page should be taken as an endorsement of any product or solution.

There are many open source SSH libraries available for various programming languages.

The SFTP protocol runs over the SSH protocol as a subsystem. It was originally designed by Tatu Ylonen for SSH 2.0 in 1997-1998. There is no separate SFTP port; it uses the normal SSH port.

The protocol supports multiple concurrent operations. Each operation is identified by a unique number assigned by the client, and servers response contains the same identifying number. Server may process requests asynchronously and may return responses out-of-order. For performance reasons, file transfer clients often send multiple requests before stopping to wait for responses.

Operations or packet types supported by the protocol include:

INIT: sends client version numbers and extensions to the server

VERSION: returns server version number and extensions to the client

OPEN: opens or creates a file, returning a file handle

READ: reads data from a file

WRITE: writes data to a file

READDIR: reads file names and attributes from a directory handle

LSTAT: returns file attributes given a path, without following symlinks

READLINK: reads the value of a symbolic link

The following response packets are returned by the server:

STATUS: indicates success or failure of an operation

There is also an extension mechanism for arbitrary vendor-specific extensions. The extensions that are supported are negotiated using the INIT and VERSION packets.

EXTENDED: sends a vendor-specific request from client to server

EXTENDED_REPLY: sends a vendor-specific response from server to client.

Benefits of SFTP over FTPS include: