What is a Jump Server?

Although jump servers are phasing out, they can still offer valuable capabilities for smaller businesses needing a basic security and access management solution.

Newer, more advanced cybersecurity technology, such as SSH-fueled tunneling and privileged access management solutions, have diminished the popularity of jump servers. Still, jump servers can be valuable in organizations that lack the resources to upgrade their IT infrastructure. 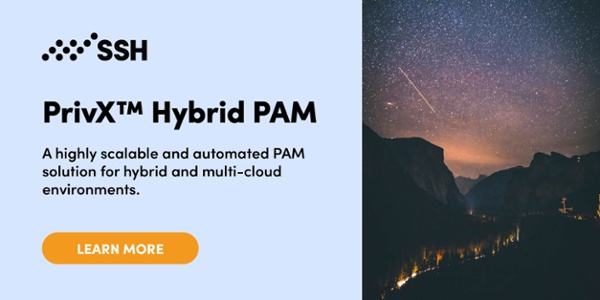 What Does a Jump Server Do?

A jump server is an intermediary device responsible for funneling traffic through firewalls using a supervised secure channel. By creating a barrier between networks, jump servers create an added layer of security against outsiders wanting to maliciously access sensitive company data. Only those with the right credentials can log into a jump server and obtain authorization to proceed to a different security zone. Administrators can also use a jump server for auditing traffic and user activity for real-time surveillance.

This connection can also move the opposite way. Virtual network computing servers, or VNC jump servers, support cross-platform screen sharing, allowing a privileged account to access a device remotely with their own mouse and keyboard controls. Those working in IT, or who have needed IT assistance, may be the most familiar with this service, where clients grant access to an authorized user to troubleshoot hardware and software issues.

Jump box servers are intended to manage several client-server connections simultaneously — which might be needed, for example, in a bustling data center. Typical household environments won’t benefit much from a jump box server because its capabilities aren’t needed for a personal network that only a handful of individuals use. For this reason, large and small businesses benefit the most from using jump servers, as they can enhance control and visibility over internal servers and domains, and stratify security zones for heightened breach prevention.

How Do Jump Servers Work?

In a typical office setting, employees have varying levels of privileged access that determine what they can do within an organization’s private network. For instance, most employees will have basic access to platforms that solely enable them to complete work tasks, whereas executives and higher-level employees are given more comprehensive access to configure settings and manage features to monitor who is using their internal servers and networks.

However, before any employee or administrator can start work, the main network must ensure that only authenticated users are entering it. Usually, at least one firewall is set up as a foundational security measure, with a jump server housed between it and an untrusted public network, such as the internet.

The jump server prompts both users and administrators for credentials and, once approved, they are granted access to their organization’s private network and servers. Based on how the administrator configured the jump server, it will authenticate users through SSH protocol and tunneling (typically used for Unix operating systems) or via Remote Desktop Protocol (reserved for Windows devices).

It’s important to note that the role of a jump server isn’t to grant segmented levels of privileged access once a user passes through it; instead, it authenticates a user’s preassigned privileged credentials and serves as a gateway to an organization’s sensitive assets and resources. Privileged access is a separate feature that the administrator manually configures to each internal account.

Before being implemented, jump box servers are hardened, meaning they have very few touchpoints. This makes it difficult for hackers to discreetly install malware or infiltrate jump box servers through brute force attacks. By their nature, jump box servers separate internal workstations from the private servers they work on so that device-related breaches can remain isolated from the entire system. Additionally, jump box servers never house sensitive data, although leaked access credentials, such as keys or passwords, can compromise the whole private network it aims to protect.

Jump box servers also improve productivity by eliminating the need to constantly log in and out of separate security zones to access certain assets and resources. Instead, authorized users can seamlessly utilize what they need without interruptions.

Having a single access point limits any other avenues hackers can take to infiltrate a demilitarized zone — but it can also make it easier. All it takes is just one user’s credentials to gain unlimited access to an organization’s entire infrastructure. The same goes for VNC jump servers, where an ill-intentioned actor could gain complete control of a device to do whatever they please.

Jump servers also require coding expertise to configure and set up, making it difficult for those unfamiliar with script writing to install the appropriate safety precautions. This can ultimately lead to human error and vulnerabilities that cybercriminals can harness.

Jump servers should also not be relied on for complete security as they only provide front-end security, much like a firewall. Once a hacker bypasses either barrier, they can peruse an organization’s network and resources as if they were an internal user, essentially rendering the jump server obsolete.

With an emphasis on just-in-time, zero trust, and passwordless access, PrivX offers enhanced automated protection to reduce the risk of human error and leaked credentials. PrivX also functions in hybrid cloud environments, providing the flexibility and scalability today’s IoT workspaces depend on for optimal productivity. As a hybrid passwordless solution, PrivX gives users the opportunity to manage their existing credentials while migrating to a passwordless environment at their own pace.

Get in touch today to learn more about how your business can better manage privileged access accounts for optimal productivity, security, and peace of mind.