SSH (Secure Shell) is a tool for secure system administration, file transfers, and other communication across the Internet or other untrusted network. It encrypts identities, passwords, and transmitted data so that they cannot be eavesdropped and stolen.

OpenSSH is an open-source implementation of the SSH protocol. It is based on the free version by Tatu Ylonen and further developed by the OpenBSD team and the user community.

The open source version is delivered as source code or precompiled binaries under a BSD-style license. The project team provides no support services for end-users, but community-based support is available (on a voluntary basis) from various security web forums.

What is an SSH Key?

SSH provides an authentication mechanism based on cryptographic keys, called public key authentication. One or more public keys may be configured as authorized keys; the private key corresponding to an authorized key serves as authentication to the server. Typically both authorized keys and private keys are stored in the .ssh directory in a user's home directory. Fundamentally, such keys are like fancy passwords, only the password cannot be stolen from the network and it is possible to encrypt the private key locally (so that using it requires both a file and a passphrase only known to a user). However, in practice most keys are used for automation and do not have a passphrase.

SSH keys replaced the insecure .rhosts authentication that was vulnerable to active network-level attacks. Replacing .rhosts improved the security of the Internet and enterprise information systems tremendously. However, the vast success of the SSH protocol combined with the fact that OpenSSH shipped free with most operating systems led to a lack of policies and oversight in relation to SSH keys. Consequently, auditors and IT security managers did not pay enough attention to SSH keys.

SSH keys provide the same level of access as user names and passwords, and typically to privileged accounts with operating system access. It is common that there are 10 times as many SSH keys as there are passwords. Yet SSH keys have been ignored in most identity and access management projects. They require the same kind of provisioning and termination processes and audit attention as passwords or any other authentication method.

What Risks Are Associated with SSH Keys?

SSH risks expose organizations to major security risks for a number of reasons:

NIST published guidelines in late 2015 for managing SSH keys for both automated and interactive access as NIST IR 7966. The NIST guidelines explain the problem and establish a framework for addressing SSH key management.

The only solution that is currently able to practically address the SSH key management problem with the full complexity of enterprise environments is Universal SSH Key Manager.

Information security starts by controlling who is given access to systems. The rest is just enforcing the access. If there is no knowledge of who has been given access using SSH keys, there is no security. No confidentiality, no integrity, no guarantee of continued operation.

While the open source OpenSSH and commercial Tectia SSH implementations address the same underlying need for securing of logins, communications, and file transfers to hosts, there are some differences in their approaches.

Due to its history and heritage in the open source operating system community and its availability on primarily Linux/BSD the default user interface to the OpenSSH functionality is the command line. The figure below present a typical view of an OpenSSH client started from a Linux command line. 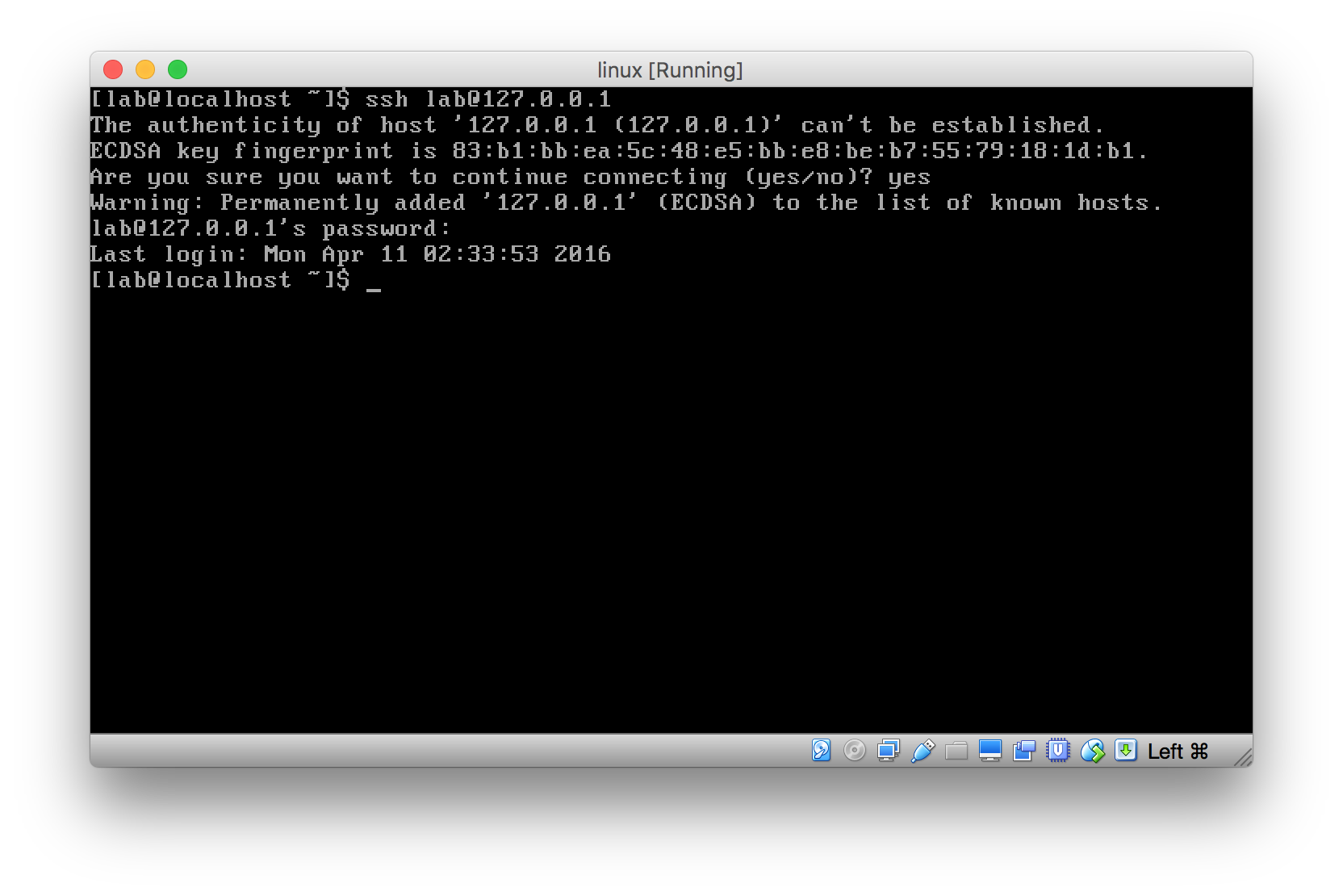 The users of the open source version are familiar with working in this environment, and the project team has not seen the need for graphical user interfaces that are the norm outside the system administration and certain software development market segments.

SSH client users that require graphical user interfaces have the option to use one of the commercial or non-commercial SSH client software packages, many of which provide a platform native GUI.

OpenSSH is available for source code download at the project website as well as on various operating systems and distribution-specific package management systems. Downloading and compiling the source code suits certain audiences (software developers and linux distribution developers). End users are advised to acquire OpenSSH via the operating system specific package managers, or to consider a commercially supported product such as Tectia SSH.

The project accepts contributions to the project via the OpenBSD Foundation.

The OpenSSH client program is called ssh. The SSH client generally uses information in the .ssh directory in the user's home directory. It also reads /etc/ssh/ssh_config, which contains system-wide configuration for it.

The OpenSSH server program is called sshd. The server is typically started during boot, and reads its configuration from /etc/ssh directory. Its main configuration file is usually /etc/ssh/sshd_config.