An identity key is a private key that is used in SSH for granting access to servers. They are a kind of SSH key, used for public key authentication.

In OpenSSH, new identity keys can be created using the ssh-keygen tool. The tool generates both a private key and a public key. The public key can then be installed as an authorized key on a server using the ssh-copy-id. Generally each SSH implementation comes with its own tools for generating and installing keys. 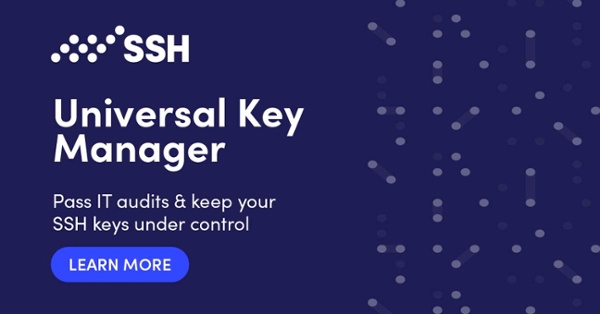 Where Are Identity Keys Located

The default location for identity keys on Unix/Linux systems is the .ssh directory in each user's home directory. Identity key names typically start with id_, but this does not need to be the case.

Configuring the Location of Identity Keys

Some organizations also use SSH versions with custom compiled-in locations for SSH keys. It is best to use proper SSH key management tools, such as the Universal SSH Key Manager to manage the keys and configure the locations. Each product uses its own configuration mechanism.