Man-in-the-middle attack in SSH - How does it work?

What is a man-in-the-middle attack?

A man-in-the-middle attack (MITM) is an attack against a cryptographic protocol. As the name implies, in this attack the attacker sits in the middle and negotiates different cryptographic parameters with the client and the server.

Implications of the attack

A man-in-the-middle attack may permit the attacker to completely subvert encryption and gain access to the encrypted contents, including passwords. A successful attacker is able to inject commands into terminal session, to modify data in transit, or to steal data.

The attack also allows injecting malware into any binaries and software updates downloaded through the system. Several attack groups and malware packages have used this technique in the past.

For web traffic, the attack allows utilizing browser vulnerabilities for breaking into the computers running the browsers or completely subverting any browser-based application and stealing passwords and other confidential data from them.

How to do a MITM attack

Technically, performing a successful man-in-the-middle attack is rather complex. However, sophisticated tools for performing them are readily available, both for hackers and for penetration testing. For example, the Metasploit penetration testing tool supports many kinds of MITM attacks out-of-the-box and tools like Armitage provide an easy-to-use graphical user interface for performing such attacks remotely.

Performing a MITM attack generally requires being able to direct packets between the client and server to go through a system the attacker controls. Arp spoofing is commonly used for redirecting traffic in a local network to the attacker's system. Various routing attacks can be used to perform the attack remotely. It is also common for hackers and malware to attack routers, DSL modems, and WiFi base stations to install malware on them that performs the man-in-the-middle attack.

Server keys protect against the attack

There are basically three different modes for performing a man-in-the middle attack as it comes to keys:

Various ways to prevent the attack

To protect against man-in-the-middle attacks, there needs to be some kind of shared trust or shared secret between the client and server. The most commonly used methods are:

In the SSH protocol, the traditional method is to use public keys. Most SSH clients will trust the server's key during the first connection, on the theory that at any given time a man-in-the-middle attack on the network is unlikely, and it provides the best possible tradeoff between usability and security for grass-roots deployment. 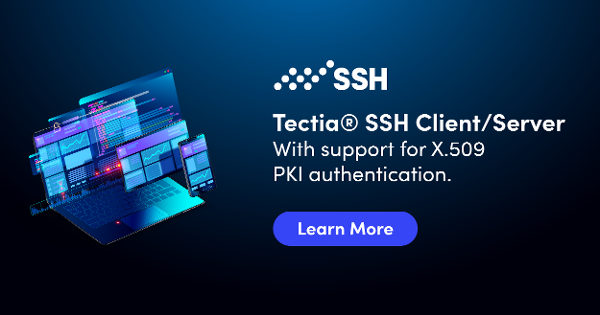 Joe Testa as implement a recent SSH MITM tool that is available as open source. See SSH MITM 2.0 on Github.

This video from DEFCON 2013 about the Subterfuge man-in-the-middle attack framework. This is also a good in-depth explanation of how the attack works and what can be done with it.